Our Blog is Just a Tool. Learn How To Use It Now

Our Blog is Just a Tool.
Learn How To Use It Now.

Every Blog post is an announcement of new material that was just added to one of our many Sections.

I have been compiling (and archiving) peer-reviewed articles since early 1996, and to date we have almost 6,000 Abstracts, and hundreds of Full-Text articles on a wide variety of subjects.

When enough material, relating to a particular topic was collected, it was gathered into a new Topical Page in one of our many Sections.

Each Topical page is located in the Section most associated with that topic. Thus, our Attention Deficit Page is located (is a part of) our Pediatrics Section   You get the idea.

Almost ALL of our Sections contain some, or many Topical collections. The LINKS Section is the most extreme example, because it contains 93 different topical pages.

All of the following are “active” Sections that are constantly adding new (and important) materials:

These other valuable Sections are “archival” in nature, and contain valuable tools for you to use freely:

The following is a Graphic “screen grab” of a Blog Post from our Home Page. END_OF_DOCUMENT_TOKEN_TO_BE_REPLACED

A SAD DAY FOR CHIROPRACTIC

A SAD DAY FOR CHIROPRACTIC 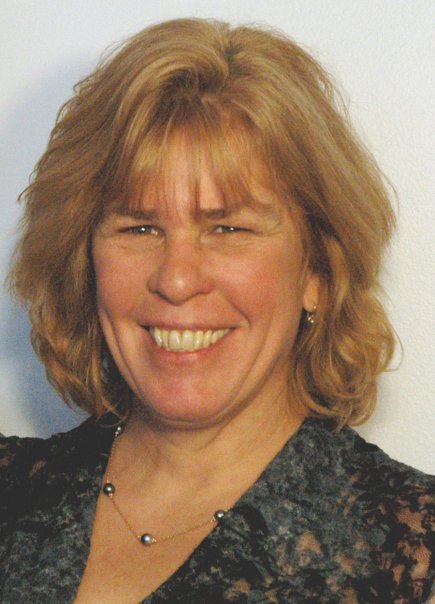 Our long time friend and supporter Dr. Jeanne Ohm has passed away.

Jeanne was also the author of many articles on pregnancy, birth, children, and chiropractic, many of which can be found in our Pediatrics Section.

More of her collected articles can be found in the
Kids Need Chiropractic, Too! Page.

There was no better friend of Pediatric Chiropractic.

Our love and concern go out to her husband and children, her fellow researchers at the ICPA, and the thousands of DCs who took classes and received encouragement directly from Jeanne.

She will be sorely missed.

PCORI Welcomes Christine Goertz as Next Chairperson and Sharon Levine as Next Vice Chairperson of Board of Governors Statement from PCORI Executive Director Joe Selby, MD, MPH

Goertz, who has been a member of PCORI’s Board since 2010 and its Vice Chairperson since September 2018, succeeds Grayson Norquist, MD, MSPH, as Chairperson upon his completion of a full term in this position. Norquist will continue to serve out the remainder of his current term as a Board member.

Levine, who has been a PCORI Board member since September 2010, takes over the Vice Chairperson role being vacated by Goertz. Both her and Goertz’s appointments are three-year terms ending September 2022.

“We are delighted with the GAO’s appointments and I look forward to continuing to work closely with Dr. Goertz and Dr. Levine in their new leadership roles,” said PCORI Executive Director Joe Selby, MD, MPH. “Their complementary expertise and long histories with PCORI will serve us and our Board very well in continuing to pursue our mission of helping people make better-informed healthcare decisions through patient-centered research.”

Selby also thanked Norquist “for his tireless, thoughtful, and wise leadership of the Board over the past six years during a time of significant expansion of PCORI’s research funding and efforts to promote the implementation of the growing body of useful evidence it is producing. We are grateful and pleased that he will continue to share his valuable insights and expertise with PCORI through his ongoing service on the Board.”

Goertz is currently the Chief Executive Officer of the Spine Institute for Quality. As of October, she will begin new positions as Professor in the Department of Orthopaedic Surgery at Duke University Medical Center and Director of System Development and Coordination for Spine Health at Duke Health.

Norquist is Vice-Chair of the Emory University Department of Psychiatry and Behavioral Sciences, and Chief of Psychiatry Service at Grady Health System.

The diverse membership of PCORI’s Board is appointed by the Comptroller General of the United States and represents a broad range of perspectives and collective expertise in clinical health sciences research.

END_OF_DOCUMENT_TOKEN_TO_BE_REPLACED

All of us at Chiro.Org want to wish our readers and friends
a very happy Thanksgiving. END_OF_DOCUMENT_TOKEN_TO_BE_REPLACED

Memorial Day (2018) In Memory of Those Who Have Fallen

Memorial Day (2018)
In Memory of Those Who Have Fallen

The Bivouac of the Dead

The muffled drum’s sad roll has beat
The soldier’s last tattoo’
No more on life’s parade shall meet
That brave and fallen few;

On Fame’s eternal camping ground
Their silent tents are spread;
But Glory guards with solemn round
The bivouac of the dead.

END_OF_DOCUMENT_TOKEN_TO_BE_REPLACED As with all health professions, there are still many mysteries surrounding chiropractic care. Even though the practice is growing, the extent of its effects and applications are not yet well known.

However, research and awareness continue to expand. And the American Chiropractic Association (ACA) has recently honored Dean Smith, Miami University senior clinical faculty member, for his contributions with the 2018 George B. McClelland Researcher of the Year Award.

Upon receiving the news, “I was in disbelief,” Smith says. “Because when I look at the list of previous winners, they are the stars of our profession. So I couldn’t believe anybody would think of me in that kind of category. This definitely surpasses anything I could even dream about.”

As an exercise science specialist in Miami’s College of Education, Health and Society, Smith explores the intersections of chiropractic treatment, exercise, and human performance. His work also studies how various adjustments can affect speed, accuracy, and postural control, as well as the overall quality of movement.

More recently, Smith and his colleagues completed a lengthy study funded by the U.S. Department of Defense. By working with special operation forces, they examined how chiropractic can impact the response rates of both simple and complicated movements.

“We had them do 100 button presses and we looked at how fast they could do them before and after a series of treatments,” says Smith. “And the results essentially showed that that particular task really seemed to show the effect. People got faster.”

His additional projects have demonstrated that as little as 30 minutes of exercise can also improve movement time, and that lower body joint adjustments can improve the balance of healthy young adults.

And alongside his research, Smith also founded and hosts a podcast called Chiropractic Science, which brings together leading researchers and professionals to discuss current trends and new findings.